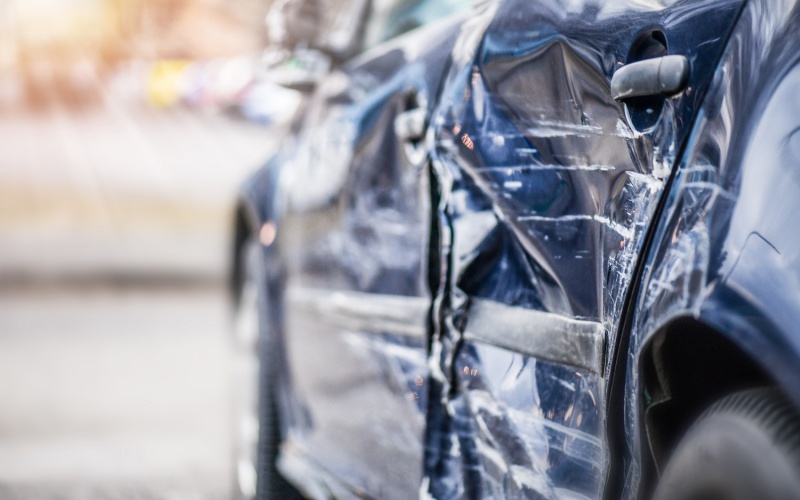 The case had an interesting procedural twist from the typical personal injury claim as the client Doug represented was a Third-Party Defendant. The initial insurance claim was denied, but Doug was able to secure a $250,000 settlement through litigation.

"Mom" is a 68-year-old female assigned permanent partial impairment (PPI) ratings directly resulting from injuries she sustained in an auto accident. Using NC Industrial Commission Guidelines, she was rated with impairments of 35% to the left knee, 15% to the right forearm, and 35% to the left elbow. We submitted a time limit demand, which was accepted and allowed Mom to avoid the costs of trial depositions.

Mom had picked up her adult son from work, and they were driving to have dinner near Hanes Mall in Winston-Salem and watch the Super Bowl. They were headed straight on Stratford Road in a 50 mph zone. When approaching an intersection, a vehicle driven by a 17-year-old driving a family friend's car turned left in front of Mom, causing a massive collision. Mom's car rolled on its side. The 17-year-old was following one of her older sisters to an aunt's Super Bowl party.

The police report indicated the 17-year-old failed to yield the right of way to Mom. One witness indicated that the 17-year-old's traffic signal was changing from yellow to red when she attempted the left turn. Insurance coverage is as follows:

Son, who had substantial facial injuries, sued the 17-year-old driver and the owner ("Owner") of the car she was driving. They both denied liability and filed a third-party complaint against Mom, seeking contribution and indemnity. Mom was insured with Farm Bureau, which retained Nicole Scallon of Henson & Talley to defend Mom. Mom then filed an answer and counter-claim against the 17-year-old driver and Owner for her personal injuries.

The parties mediated in November 2020. Son settled his claim against the 17-year-old driver and Owner, receiving what appeared to be the full value or close to full value from State Farm (more than $100,000). Farm Bureau paid nothing on the claim of Son. Son did not present a claim against Mom. Mom demanded substantially more than policy limits, and State Farm offered $50,000. Mom subsequently made a time limits demand for the $280,000 policy limits (State Farm and GEICO), which expired in December 2020.

The turn lane in which the 17-year-old was driving was controlled by a signal light which at times had a green turn arrow and other times had a green bulb requiring her to yield to on-coming traffic. Axon body cam of the investigating officers was obtained, including a witness who indicated the light was yellow changing to red.

Attorney Doug Maynard has over 25 years of experience navigating auto accident and insurance trials. As one of the most knowledgeable attorneys in NC, he has presented to the 2,500 members of the NC Advocates for Justice on uninsured and underinsured motorist insurance.

The Settlement for Car Accident Injuries

After the mediation, the depositions of the primary treating orthopedic surgeon and trauma surgeon were taken. The case was set for trial in mid-November 2021. While setting up the "for trial" depositions of four treating doctors, a decision was made to submit a second time limit demand for only State Farm's limits ($250,0000) to allow State Farm to settle without having to have GEICO (the excess carrier) involved. State Farm had all the necessary information to access the claim, thus setting up the possibility of its responsibility in excess of its coverage should the jury return an excess verdict.

State Farm accepted the time limit demand, which allowed Mom to avoid the costs of the trial depositions.

Farm Bureau contributed nothing to State Farm's settlement with Son.

Each case is different and must be evaluated separately. Prior results do not guarantee a similar outcome, but The Law Offices of C. Douglas Maynard, Jr. will fight to secure the compensation to which you're entitled. If you've been injured in a car accident, you may be entitled to compensation for accident-related medical expenses, car repair expenses, and the impact it has had on your life. Doug Maynard is an experienced and trustworthy car accident lawyer who will fight for you!

Please get in touch with us to discuss the details of your case.